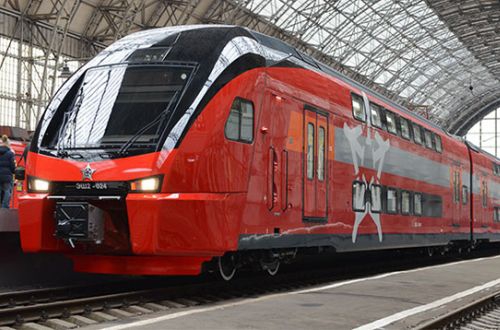 By the end of next month, four trains will be in operation on Vnukovo services, with seven sets in use on the Domodedovo line.

In February 2013, Aeroexpress awarded Stadler a €381m contract to supply nine six-car and 16 four-car trains, which were originally due to be introduced in May 2015. However, with the decline in the value of the Russian Rouble, Aeroexpress renegotiated its contract with Stadler and subsequently reduced the order to 16 sets.

Five of the nine sets no longer required by Aeroexpress were sold to Azerbaijan Railways (ADY), while Georgian Railways agreed to purchase the remaining four.

The six-car trains seat 700 passengers, including 84 in business class, while the four-car variant seats 396.

Most of the trains were assembled at Stadler’s plant in Minsk, Belarus.