A request for qualification (RFQ) has been launched for the $US 680m project. 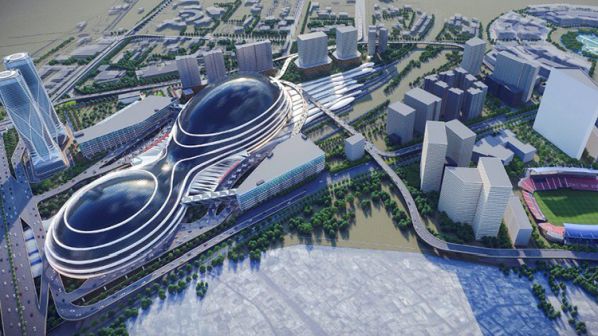 INDIA’s Rail Land Development Authority (RLDA) has launched a request for qualification (RFQ) for a $US 680m redevelopment of New Delhi Railway Station.

The project is being undertaken through a public-private partnership (PPP) under a design-build-finance-operate-transfer (DBFOT) model, with the private partner receiving a 60-year lease of the station building. Construction is expected to take four years.

The existing station serves 430,000 passengers and 400 trains a day, but only has two entrances and limited connections with other modes of public transport.

A new dome-shaped terminal will be built to replace the current station, with multiple arrival and departure entrances connected by a concourse 9m above the tracks. Two multi-modal transport hubs (MMTH) will be located on either side of the station to provide access to public transport services.

The wider project involves the development of retail, commercial and residential spaces within two 40-floor towers adjoining the station as well as hotels. The overall project will see the development of 120 hectares, including 88 hectares in the first phase.

For detailed data on rail tenders from around the world, subscribe to IRJ Pro.