LUXEMBOURG Railways (CFL) has begun operation of an inter-city service between Luxembourg and Düsseldorf in Germany in cooperation with German Rail (DB). 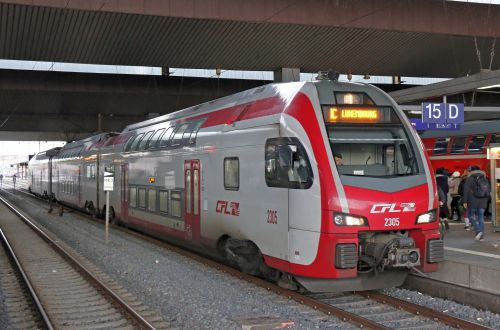 CFL is using one of its Stadler Kiss double-deck EMUs to operate the daily service which leaves Luxembourg at 06.05 and travels via the Mosel Valley line to Koblenz and then along the Rhine Valley to Cologne, arriving in Düsseldorf at 10.09. The return service departs Düsseldorf at 13.50 and arrives in Luxembourg at 17.33.

Direct inter-city services from Cologne and northern Germany to Luxembourg, previously operated with DB locomotives and coaches, were withdrawn by DB in December 2014.