THE British government’s operator of last resort (OLR) took over operation of the Northern franchise on March 1, after secretary of state for transport, Mr Grant Shapps, transferred control from Arriva Rail North. 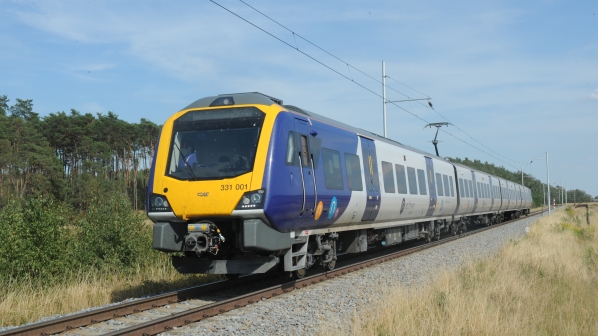 The OLR will continue the roll out of the new fleet from CAF.
Photo Credit: Quintus Vosman

Mr Nick Donovan has been appointed as the new managing director of the OLR which is trading as Northern Trains Limited, and a panel has been set up to provide ongoing advise on how services will be run. Donovan is the independent chair of the Network Performance Board and led TransPennine Express (TPE) from 2011 to 2015.

“Nick’s widespread experience, leadership of TPE and his role as chair of the industry’s National Performance Board has given him a first-class insight into all the issues and challenges we face, not just as Northern but for all operators across the northern region,” says Mr Robin Gisby, Northern Trains chairman and OLR CEO. “Given the current circumstances and environment we are operating in, I am very confident that Nick is the right person to lead the business going forward.

“Mr David Brown has faced some very difficult challenges during his time leading the Northern business. I have now asked David to move across to our holding company where we can explore other senior level opportunities and retain his skills and experience.”

The new advisory panel will be led by OLR chairman, Mr Richard George, and will include political leaders such as the mayor of Greater Manchester, Mr Andy Burnham, and the leader of Leeds City Council, Ms Judith Blake, along with regional leaders, passenger representatives and industry leaders.

Northern Trains will initially focus on reducing overcrowding, with new technology being trialled to identify crowding pinch points. Work is underway to extend platforms at 30 stations to allow the operation of longer trains.

Capacity will be further boosted with the introduction of more electric trains next year, in addition to the extra capacity added by the trains already delivered. A major deep cleaning programme has been launched along with an overhaul of on-board cleanliness.

“This is a new era for rail in the north, but there will be no quick fix for the network as we build solutions for the future,” Shapps says. “Today marks the beginning of rebuilding of trust in these services, and voices from the region will be essential as we work together to understand and deliver the improvements passengers need. Our aim is to give the north of England more powers over their railways, restoring the confidence of passengers and delivering a network they can truly rely on.”

“The panel announced today will play a crucial strategic role as we look to transform services across Northern’s network, putting the needs of passengers first,” George says. “By collaborating with local leaders, we’re taking a step towards reconnecting the railways with the people of the north. We need to improve performance and also provide passengers and their elected representatives with the confidence that their concerns are being addressed.”

The operator will be developing a plan over the first 100 days of operation, consulting with passengers and leaders to understand their priorities.

Northern is the second franchise to be placed under an OLR in as many years, following LNER in June 2018.

Arriva Rail North was awarded a nine-year contract to operate the franchise in 2015, with services getting underway on April 1 2016. However, it suffered from poor performance throughout 2019.