THE Austrian government’s decision to waive track access charges rather than extend a subsidy for operating Vienna - Salzburg main line services has left private operator Westbahn at risk of further cutbacks in staff and service levels. 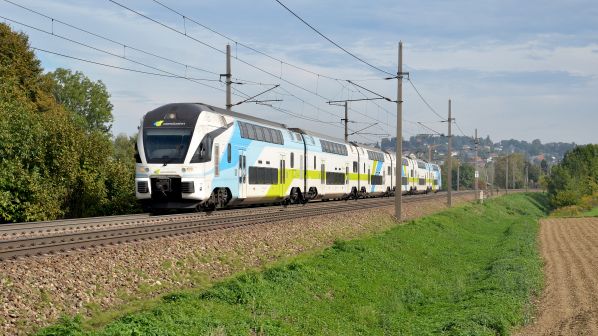 Speaking to IRJ, CEO Dr Erich Forster says the new arrangement, which is in line with EU recommendations, only covers around a quarter to a third of what the operator requires to remain financially sustainable when operating an hourly Vienna - Salzburg service.

Westbahn’s revised timetable is around half of the total trains it was operating on the route in January and February before the start of the coronavirus crisis.

While capacity is limited due to social distancing measures, current patronage varies by service. Some trains are running at 15-20% of pre-pandemic capacity and some peak time trains are reaching 30-50%. However, some other services are operating at less than 10% of full capacity.

Westbahn’s position is compounded by the absence of cross-border services. It operates the Austrian portion of RegioJet’s Budapest - Vienna services, which are currently suspended, and the Czech private operator’s Prague - Vienna open-access service, which Forster says are at risk of being cut back due to poor loadings.

Forster says the situation is forcing the operator to lay off 100 staff, or a third of its workforce. He says more job losses could follow in three to four weeks if the situation does not change.

“It might be that we reduce the offer by another 20-30%,” Forster says. “However, if we reduce the service, the amount of help we receive reduces so there is more pressure to reduce staff levels. The more you drive, the more you get, but it is not useful to drive empty trains.”

The Austrian government’s subsidy to Austrian Federal Railways (ÖBB) and Westbahn for operating services on the route ran from April 20 until October 8. The terms of the agreement meant that even when patronage went up and revenues improved in July and August, the level of support reduced meaning that ÖBB and Westbahn were unable to operate the route on a commercial basis.

While proving essential to continue operating its trains, Forster says the subsidy only covered the trains in service. Westbahn was also able to access the short-term work programme to cover staff costs. However, the fixed costs such as financing and maintaining rolling stock not in service and meeting minimum electricity bill payments meant that it was recording a deficit of €400,000-500,000 every month.

With the end of the subsidy looming, Forster says he was encouraging the government to adopt a similar measure in the longer term. While Westbahn would be unable to operate commercially, it would ensure the company survives the pandemic.

Although the government has reached similar arrangements with some airlines, including a €600m agreement with Lufthansa and Austrian Airlines, Forster says that by September it was clear that this level of help was not forthcoming.

“We clarified to the ministry in mid-July that it will not be possible to have services from October 8 without help, because it was very clear for us that the second wave will happen in the autumn,” Forster says. “For us it was only a question of how intensive it would be. We waited and waited but by mid-September it became clear that the only help they would offer is to reduce the track access charge.

“We need around €1m a month in addition to the reduction in access charges to run the current timetable without having to dramatically reduce our staffing levels. In the whole scheme of things, it is really a little amount of money. But without it, we are at risk.

“We hope that the government will see there is a need for help and that they will change their minds and support us.”

The Austrian Federal Ministry for Climate Action, Environment, Energy, Mobility, Innovation and Technology and Technology (BMK) did not respond to requests for comment.