A tender to operate services on the Dutch Amersfoort - Ede-Wageningen regional line has not received any bids, including from incumbent operator Connexxion. 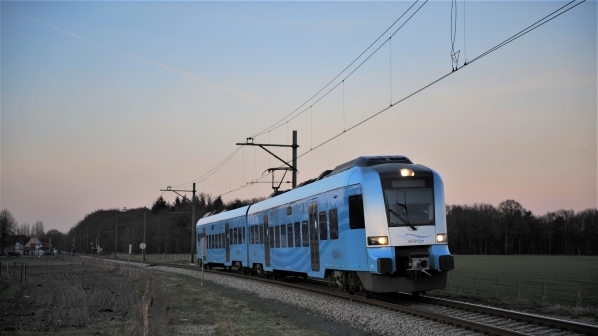 The lack of bids has surprised the Gelderland public transport authority, which may be forced to prepare an emergency two-year concession following the expiry of the existing contract in December 2021.

Under the concession, the tendering authority proposed a bridging facility to take into account the uncertainty of passenger numbers following the coronavirus pandemic, which would guarantee up to 80% of revenue for the winning bidder. This was not enough to convince operators, which have suggested adapting tenders to the circumstances or postponing the competition for several years.

The line was one of a number of regional services that were being targeted by Netherlands Railways (NS) in 2018.

Connexxion, now a subsidiary of Transdev, has operated services on the line since 2006 using Protos two-car EMUs manufactured by Fahrzeugtechnik Dessau, now part of Molinari Rail. The trains have a reputation as the most reliable vehicles operating on the Dutch rail network.