SCHLESWIG-Holstein transport authority NAH.SH has launched a tender for planning services for the reconstruction, electrification and re-opening of the 2.8km branch line from Wrist to Kellinghusen. 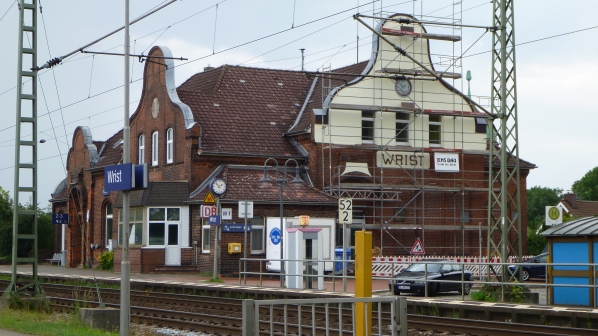 Services from Wrist to Kellinghusen stopped with the closure of the Wrist - Itzehoe line in 1996.
Photo Credit: WikiMedia/Wusel007 CC BY-SA 3.0

The reopening of the line was announced in 2012 and was due to be completed in 2014. The provision of services on the line was included in the contract signed by NAH.SH and Nordbahn in 2012 for RB services between Hamburg and Wrist/Kellinghusen.

The project was delayed by financial uncertainty, but financing has now been agreed and the Schleswig-Holstein parliament gave its support to the project in 2019.

The branch from Wrist, on the Hamburg - Neumünster line, is part of the former Wrist - Itzehoe line which was closed and dismantled in 1996.