THE Dutch province of Overijssel is set to sign a contract with Keolis subsidiary Syntus for the operation of Zwolle - Enschede and Zwolle - Kampen regional services from December 2017 after Netherlands Railways (NS) withdrew its appeal against the award. 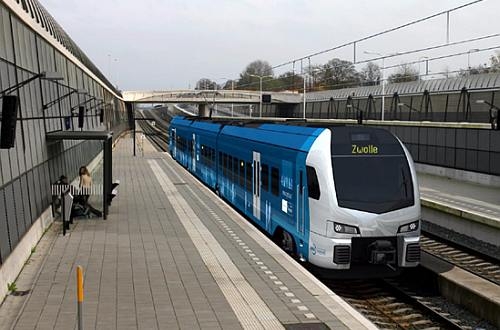 On the Wierden - Enschede section of the route Syntus regional trains will operate alongside NS services which are part of the core network concession awarded by the Dutch government. NS, which bid for the regional contract, argued that allowing a second passenger operator to use the line would be harmful to its own core network services due to capacity constraints and timetabling issues.

However, following lengthy negoitations with the provincial government and Syntus, NS has withdrawn its objection, enabling the contract to be awarded.

Syntus will order a fleet of three-car Flirt 3 EMUs from Stadler to operate the services.

Beofre the contract starts the Zwolle - Wierden line will be electrified and upgraded.