BRITISH open-access operators, Grand Central and Hull Trains, have announced that they will suspend operation following the start of England’s second lockdown on November 5 as people are once again urged to avoid essential travel and to stay at home. 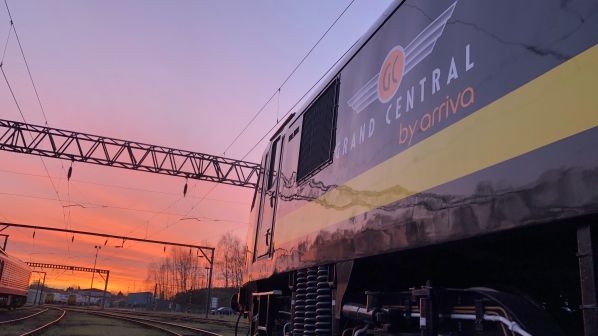 Grand Central, which is owned by German Rail (DB) subsidiary, Arriva, will temporarily suspend trains from the end of service on Friday November 6. Passengers due to travel between November 7 and December 2 can claim a full refund or change their ticket to a later date. Tickets remain on sale for trains departing from December 3 onwards.

Hull Trains, a subsidiary of First Group, announced the suspension of all services from 00.01 on Thursday November 5 until “further notice.” The operator previously suspended all services between Hull and London King’s Cross on March 29, resuming partial operation on August 21.

“Sadly, we are reluctantly suspending all our rail services in response to the national lockdown,” says Ms Louise Cheeseman, Hull Trains managing director. “This is the second time we have temporarily suspended services and the decision has been made to safeguard the future of the business. It would be foolhardy of us to run trains when people are being asked to stay at home and our business isn’t in a position to be generating an income from passengers buying train tickets.”

Unlike the franchise operators, Hull Trains and Grand Central are not entitled to government financial support through the Emergency Measures Agreement, relying on ticket revenues for the bulk of income.

Grand Central says that after carefully weighing up its options, and following the discussion with the Department for Transport (DfT) and trade union representatives, it decided that taking a short period of hibernation was a necessary course of action. Some of its crew and staff will be supported by the government furlough scheme during the period.