AFTER years of study, the US state of Oregon has released a Draft Environmental Impact Statement (DEIS) for proposed inter-city passenger upgrades between Eugene and Portland. 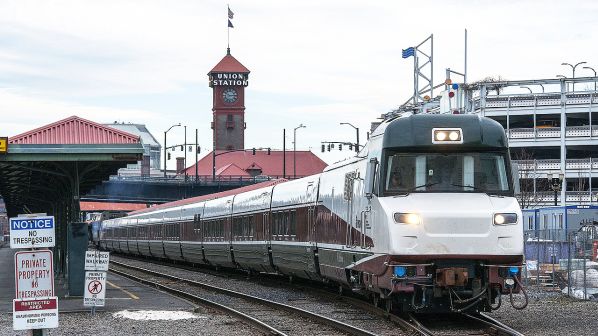 The plan aims to improve the frequency, convenience, speed and reliability of inter-city passenger services between Eugene-Springfield, Salem and the city of Portland, part of the federally-designated Pacific Northwest Rail Corridor.

The milestone DEIS released October 19 by the Oregon Department of Transportation (ODOT) describes why the project is being proposed and the project alternatives. It examines the potential social, economic and environmental impacts of those alternatives. Two build alternatives were evaluated in the DEIS and both will support projected ridership growth over the next 20 years.

A no-build option is also considered using the current Amtrak route with no additional services or improvements.

After extensive public and agency consultation, ODOT and the Federal Railroad Administration (FRA) have identified Alternative 1 as the preferred option.

A further public consultation of the DEIS will take place between November 28 and December 18. Feedback from this exercise will be included in the Final Environmental Impact Statement (FEIS) and Record of Decision (ROD). The latter provides a basis for the possible future expansion of Oregon’s passenger rail programme, opening the door to future investment and service expansion on the Cascades Corridor.

With the envisaged service improvements, ridership is forecast to double by 2035.

ODOT and the FRA expect to publish the FEIS for the enhancements next year.

Amtrak currently operates three round trips a day on the corridor.