Operation will be taken over by Transdev under a two-year emergency contract. 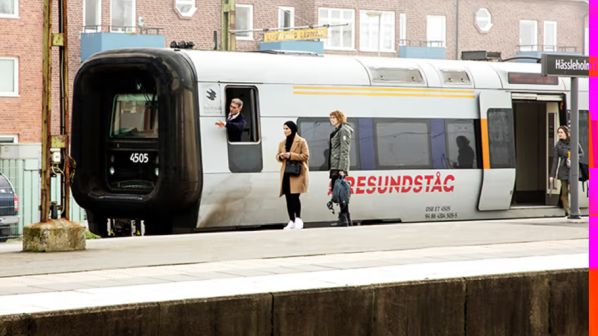 REGIONAL authorities in southern Sweden have awarded Transdev a two-year emergency contract to operate Öresundståg services from December 10. The announcement follows the suspension of a contract with SJ just two years into the eight-year agreement.

SJ announced the suspension on April 21, stating that it is the best solution because both parties could not agree on the division of responsibilities for the maintenance of the vehicle fleet used by Öresundståg. Employees currently permanently employed by SJ Öresund will be offered a transfer to the new operator.

SJ will continue to be responsible for the operation and maintenance of Öresund trains until December 10. The Øresundståg network was previously operated by Danish State Railways (DSB) and Transdev, and connects Gothenburg, Kalmar, Karlskrona and Malmö in Sweden with Copenhagen and Helsingør via the Øresund Fixed Link, serving a total of 50 stations.

“In connection with the start, there was an additional agreement where we paid more for two years,” says Mr Jarl Samuelsson, Region Skåne business developer and the owners’ representative in the negotiations. “SJ wants continued higher compensation while we must return to the procured agreement. We have tried to discuss this for a long time and have now realised that it is best to go our separate ways.”

“We had of course hoped to find a solution where SJ continued its assignment but on reasonable terms,” says SJ press officer, Mr Tobbe Lundell. “Now we did not get there, and we are in full agreement with the client that this is the best solution for everyone.”