BRITAIN’s rail regulator the Office of Rail and Road (ORR) has approved an application by Arriva subsidiary Alliance Rail Holdings for a new open-access inter-city service from London to Blackpool North via the West Coast Main Line (WCML). 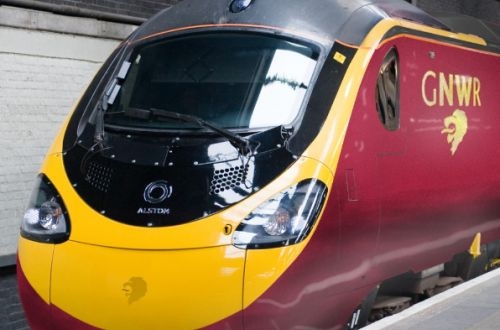 From 2018 Alliance will operate six services per day between Monday and Friday and five trains on Sunday on the 350km route under the Great North Western Railway (GNWR) brand. Services will be operated by a fleet of four new six-car Alstom Pendolino tilting EMUs, each seating around 330 passengers. As well as new rolling stock, GNWR will invest £1.5m in stations and recruit around 120 staff.

ORR has granted firm rights to operate services Queens Park station in London rather than the terminus at Euston as infrastructure manager Network Rail is concerned about the availability of capacity during rebuilding of the station as part of the High Speed 2 project.  Nonetheless, GNWR has been granted continent rights to operate into Euston and according to the application it intends to run into the terminus.

ORR says it will now draw up a detailed 10-year track access contract with Network Rail in line with the draft contract submitted with GNWR’s application.

“The introduction of these new services will further grow the market for rail travel,” says Alliance managing director Mr Ian Yeowart. “As well as bringing new direct services to a number of locations, notably Blackpool, it will give passengers further choice. Experience on the East Coast Main Line (ECML) with Grand Central has shown how this stimulates the market and helps put pressure on prices, a fact noted by the Competition and Markets Authority (CMA) in its recent rail review.”

ORR carried out a five-stage analysis of the GNWR proposal to establish whether the services would draw revenues away from franchised services, the so-called not primarily abstractive (NPA) test. This suggests the GNWR services could take as around £22m in revenue away from other services based on 2014-15 demand and prices - significantly higher than for any other open-access application approved by ORR. However, the ORR calculates that the total abstraction would be less than the total figure for the all open-access services it has approved on the East Coast Main Line (ECML). Furthermore, the revenue abstracted from franchised operators would be smaller as a proportion of franchise revenues compared with the situation on the ECML .

A previous application to introduce services from London to Blackpool and Huddersfield was rejected by the ORR in December 2014 due to uncertainty over capacity constraints, particularly at the southern end of the WCML. The new application excludes the Huddersfield service and also eliminates the Warrington Bank Quay stop on the Blackpool service, which ORR argues would take revenue from other operators. ORR says it is satisfied the new application addresses its earlier concerns.