NEW Zealand national operator KiwiRail will restart its South Island Coastal Pacific passenger service on the Main North Line between Picton and Christchurch from December 1, two years operations were suspended due to the Kaikoura earthquake on November 14 2016, which damaged a large section of the coastal line. 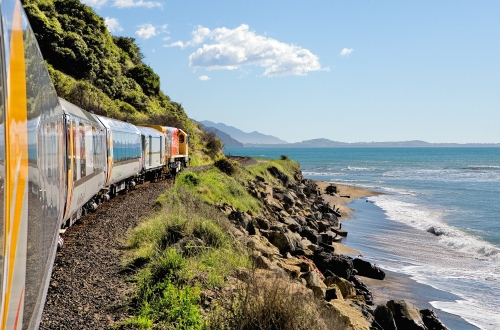 Coastal Pacific carried around 43,000 passengers during its summer season before the earthquake.

The 348km line reopened to restricted freight services in September last year, 10 months after the earthquake. Trains have been running at night to allow work to continue during the day to repair the line, which included rebuilding 12km and realigning 5km of track, as well as stabilising multiple tunnels and cliff faces along the route. Day time freight services are set to resume later this year.

Coastal Pacific carried around 43,000 passengers during its summer season before the earthquake, says KiwiRail’s group general manager, sales and commercial, Mr Alan Piper, and that was expected to continue with the resumption of the service.

“We are delighted to confirm this well-loved service will be running again this summer, allowing thousands of travellers from around the world to once again enjoy this spectacular coastline by train,” Piper says. “We expect our services to fill up fast, particularly as many people will be keen to take advantage of the service to see the amazing job done to restore the road and railway line through this area. Having the service back up and running reconnects our journeys across New Zealand allowing people to travel from Auckland to Christchurch and across to the West Coast by train and ferry.”