ARGENTINA’s national operator Argentinean Trains (TA) has re-launched passenger services along the 208km line between Buenos Aires and Bragado four years after they were suspended following serious weather damage to several bridges and track at the western end of the route in August 2015. 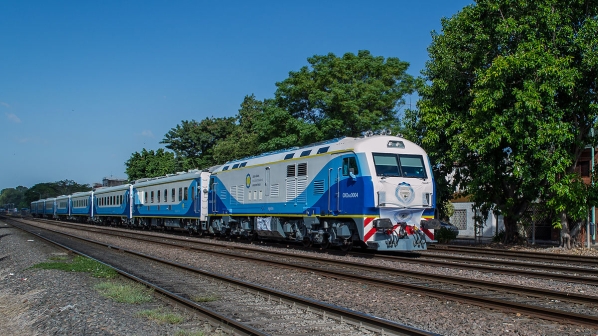 The first service ran on July 15.

The trains also serve intermediate stations at Lujan and Mercedes as well as Suipacha and Chivilcoy.

An extra stop has been added at Mechita, where Russian firm Transmashholding has invested in rail maintenance facilities. Fares for the Once to Bragado journey are Pesos 155 ($US 3.65) for Primera class and Pesos 186 for Pullman class.

Residents and politicians from towns much further along the line through Bragado such as Pellegrini, which is nearly 500km from Buenos Aires, have requested the extension of passenger although no firm plans to do this currently exist.