AMTRAK inaugurated a new daily passenger service from Roanoke, Virginia, to Boston on October 31, marking the return of passenger trains to Roanoke for the first time in 38 years. 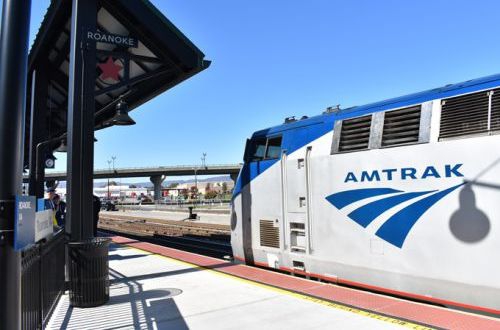 Located in Virginia’s Blue Ridge Mountains, Roanoke has a population of just over 300,000 and is the second Virginian city to regain a passenger rail service since 2012 when Amtrak started a daily service to Norfolk.

Amtrak, Virginia Department of Rail and Public Transportation (DRPT), the city of Roanoke and Norfolk Southern (NS) partnered to restore the train service. On October 30, Amtrak, DRPT the and the city of Roanoke conducted a public ceremony with a chartered train consisting of newly-refurbished Amfleet cars to officially launch the service.

“The extension to Roanoke marks a milestone in the growth of Amtrak and passenger rail in Virginia,” says Amtrak Co-CEO and former NS chief executive Mr Wick Moorman. “Rail service is a vital alternative in Virginia’s overall transportation solution. We look forward to continuing our partnership with DRPT and other cities to further expand rail service in the Commonwealth.”