Passenger trains to run on German line after 44-year gap

THE 28km freight-only line linking Bad Bentheim and Neuenhaus will have its passenger service reintroduced in December, 44 years after they were withdrawn by German Federal Railways, following an agreement signed in Verden on March 13. 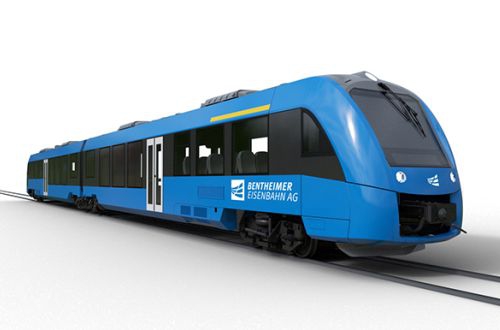 Preparations for the revival of passenger operations are already underway. Three new stations are being constructed at Quendorf, Nordhorn-Blanke and Neuenhaus Süd, and the old stations at Neuenhaus and Nordhorn will be modernised.

Car parks with a total of 300 spaces will be constructed at the stations, along with facilities to store bicycles and recharge E-Bikes. Security at level crossings will be augmented and measures will be taken to reduce noise.

The total cost of the project is €21m, to which Lower Saxony will contribute €15m.

Bentheimer Railway and LVNG have concluded a 20-year agreement to operate the line using five Alstom Coradia Lint DMUs which will provide an hourly service.