PKP Intercity's new fleet of ED160 Flirt 3 EMUs entered commercial service on the morning of December 13, when one of the eight-car trains formed the 05.07 from Gdynia to Katowice via Warsaw. 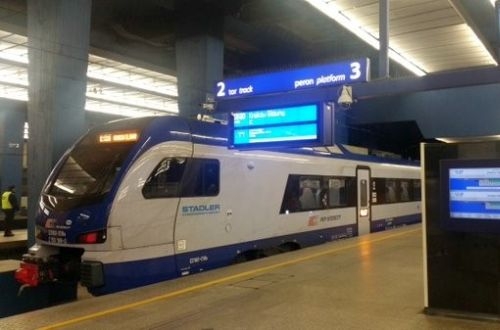 PKP Intercity a placed a Zlotys 1.16bn ($US 310m) order with a Stadler/Newag consortium for 20 of the 160km/h trains in August 2013, together with a Zlotys 464m contract to maintain the fleet for 15 years. The European Union provided 70% of the funding for the order.

The fleet is being deployed on four routes:

Each 150m-long train seats 360 passengers, including 60 in first class.