DB Networks and local authorities in Bavaria are set to begin planning work for the electrification the 147km line from Munich East to Mühldorf and Freilassing. 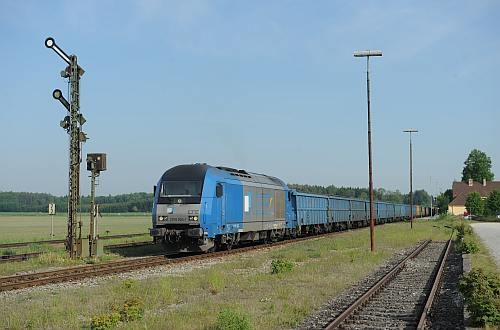 The section between Munich East and Mühldorf has intensive diesel-worked weekday commuter services and the entire route is sometimes used for diversions when the main Munich – Traunstein – Salzburg line is closed.

The 21km section of the route between Munich East and Markt Schwaben is already electrified and is used by S-Bahn Line 2 services to Erding.

The planning process will be completed by December 2015 and in addition to electrification this will consider track-doubling on the remaining single-track sections of the route. A €127m project to construct a second track on the 11km Mühldorf – Tussling section of the line was launched last July and is due to be completed by 2017.