LODZ Agglomeration Railway (LKA) has announced plans to expand its network and increase capacity on existing routes by lengthening its fleet of Stadler trains. 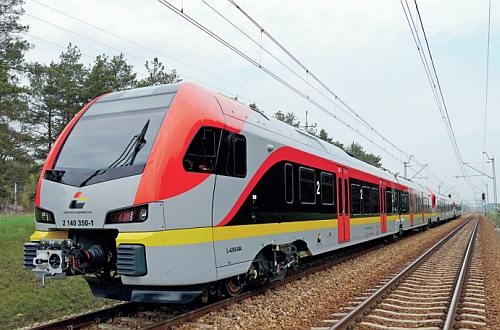 LKA ordered 20 two-car Flirt 3 EMUs from Stadler in December 2012 for the first phase of its network radiating from Lodz, which encompasses regional services to Koluszek, Kutno, Lowicz, and Sieradza. It currently serves 56 stations, 21 of which were modernised for the launch of the network, and operates around 120 services a day. Ridership has risen significantly this year and is expected to exceed 200,000 this month, compared with 120,000 in January.

The second phase of the project will extend the network to Piotrkow Trybunalski, Tomaszow Mazowiecki, Opoczno, and Radom by 2017-2018, and to operate these new services LKA will acquire 22 new EMUs. With the opening of the new Lodz Fabryczna station, which will enable the operation of cross-city services beneath the city centre, LKA is also planning to launch Lodz - Warsaw services after 2020.

The existing fleet of Stadler trains will be lengthened from two to three cars to accommodate rising demand on existing lines.

LKA estimates the second phase of the project will cost around Zlotys 510m ($US 137.3m) and it will seek European Union funding to support the expansion.