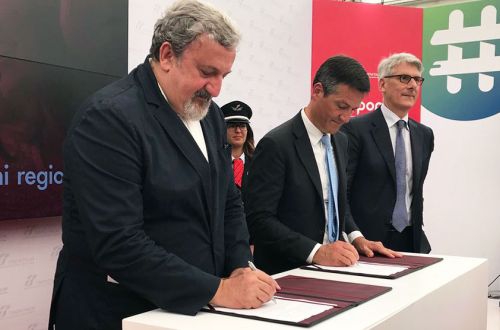 The contract provides for revenues from average annual fees of €72.3m and average annual ticket revenues of €31.6m worth a total of €1.58bn during the 15-year life of the concession.

Investment of €350m is envisaged for the purchase of new trains worth about €288m, of which €123.5m will be financed by Puglia Region, and the refurbishment of existing trains to improve travel comfort. An additional €62m will be spent on other improvements including IT and new technology.

A total of 43 new trains will be delivered, starting in 2021 with the first 12 Pop EMUs, which will join three Jazz EMUs on the Apulian lines from 2019. The influx of new trains will reduce the average age of the fleet from 29 years in 2017 to four years by 2023.

The Pop EMUs will be based on Alstom’s Coradia Stream product platform. Three cars in a four-car set will be powered and the trains will have a maximum speed of 160km/h. A four-car train will accommodate up to 300 passengers while a three-car train has room for 200 passengers.

Trenitalia plans to introduce its Smart Care service soon which will allow passengers to monitor train punctuality using their smartphones.