MS Baiba Rubesa, CEO and chairperson of the management board of RB Rail, a joint venture founded by Estonia, Latvia and Lithuania to implement the Rail Baltica project, tendered her resignation on September 27, effective immediately, citing poor oversight and a different and irreconcilable vision for the project’s management and implementation. 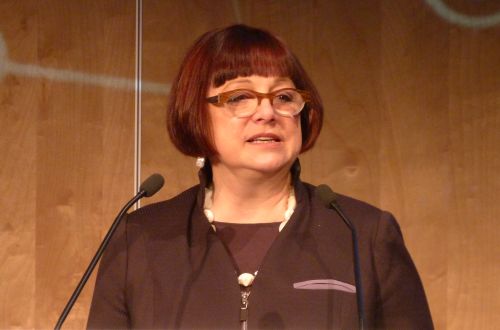 Rubesa, who was appointed to the role in October 2015, provided an extensive and detailed explanation in her resignation letter submitted to the Supervisory Board of RB Rail.

“The issues of the current organisation model of the project in which I am forced to operate is blatantly contrary to the principles of good corporate governance,” Rubesa said. “The conflicts of interests encapsulated in the very roots of the project are the main reason behind the actions and or inactions of all involved parties. It is not compatible with my faith and belief in fair and responsible project implementation.

“The current ‘de facto’ Rail Baltica Global Project governance as executed by the beneficiaries and shareholders is neither manageable nor sustainable to deliver a new economics and security corridor with infrastructure that has a commitment of 85% financing from the European taxpayer. Despite continuous discussions with beneficiaries and shareholder representatives for over a year, the company still faces a lack of a common commitment to a sustainable financing model for the joint venture as well as for the global project.”

The Rail Baltica project involves the construction of an 870km mixed-traffic standard-gauge railway with a design speed of 240km/h running from the Estonian capital Tallinn, via Riga and Riga Airport in Latvia, and Panevezys and Kaunas in Lithuania, to the Polish border with a branch from Kaunas to the Lithuanian capital Vilnius.

During a press conference on September 27, which was also live-streamed on Facebook, Rubesa, who stressed she was speaking in a private capacity as the former CEO, said she had considered resigning during the summer but stayed on at the request of Latvian prime minister, Mr Māris Kučinskis.

Her resignation comes less than a month before her three-year contract was due to expire, and she said the reason for the timing was to push for change.

“With this departure from the project I hope to create a legacy for my successor and the general public to press for changes in the delivery of the Rail Baltica, to improve the possibility of implementing the Rail Baltica efficiently and on time with a future-driven mindset in the interests of the citizens and economy of the three Baltic States,” she says.