THE German subsidiary of Railroad Development Corporation (RDC), United States, says it will end its partnership with open-access operator FlixTrain once services resume after the coronavirus shutdown. 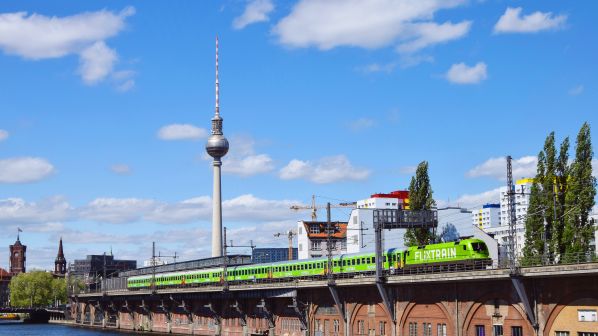 RDC is to end its partnership with FlixTrain.

FlixTrain shut down its passenger rail services in Germany on March 20, with passengers able to use FlixTrain tickets on German Rail (DB) long-distance services instead.

In a letter to employees of RDC’s train operating subsidiary BahnTouristikExpress (BTE), announcing that statutory employee redundancy/re-assignment consultations would need to take place, BTE managing director Dr Markus Hunkel explained that this was due a “massive change” to the previous partnership agreement with FlixTrain. “Just before Easter FlixTrain surprisingly linked the resumption of traffic to a number of new conditions,” Hunkel said.

In the letter to employees, Hunkel says that RDC attempted to negotiate a new partnership but that “unfortunately … FlixTrain was not willing to compromise, and informed us accordingly. The end of the collaboration between BTE and FlixTrain is therefore inevitable.”

“FlixMobility wanted to change the previously agreed setup and basis of our partnership,” Hunkel told IRJ. “The changes included a fundamental reversal of the agreed structure of the partnership, including questions around our own value-added share, fleet and cost of operation. We could not have ensured sustainable rail operations on this basis. The search for a compromise failed. RDC never anticipated that Covid-19 would serve as an opportunity to restructure any of our partnerships in any other businesses around the world.

“Despite this, FlixTrain and RDC are both proud of the start-up of the FlixTrain network in the last two years that we managed together. This joint achievement will remain,” Hunkel says.

RDC launched its Hamburg Köln Express (HKX) open-access inter-city service in 2012. In 2016 RDC became a shareholder in BTE which was providing the rolling stock for HKX. Despite various changes to the concept, including adding a service to Frankfurt, the operation was not profitable.

In late 2017, HKX began cooperating with FlixMobility which sold HKX tickets via its existing FlixBus website. In March 2018 HKX services were rebranded FlixTrain with FlixMobility responsible for sales and marketing while BTE remained the operator providing passenger coaches, train personnel and leasing modern locomotives. The BTE overnight service between Hamburg and Lörrach was also re-branded as part of FlixTrain. Another route from Cologne to Berlin was added in May 2019 with BTE operating these trains.

Asked whether the Covid-19 pandemic was the reason or opportunistic catalyst for the change Hunkel told IRJ: “The current Covid-19 crisis is a major challenge and character-test for any company and partnership especially in the transport business.” Hunkel says its RDC Autozug Sylt motorail service to the Island of Sylt in northern Germany is continuing to operate during the lockdown.

Hunkel told IRJ that RDC will remain active in the rail passenger market. “We know how to serve niche markets, how to run mainline trains, how to run night trains and how to manage and market assets in full service,” Hunkel says. “Our own fleet of 100 coaches, approved for international use and including modernised daytime seating coaches, couchettes and sleepers, is the basis for a passenger business. When passenger business markets come back in a certainly-changed post-Covid19 world, we will be there.”