THE Karlsruhe - Basle main line in southwest Germany, one of Europe’s key rail freight arteries, has been closed since August 12 following a major earth movement caused by groundwater entering the construction site of the new 4.27km tunnel being built under Rastatt. 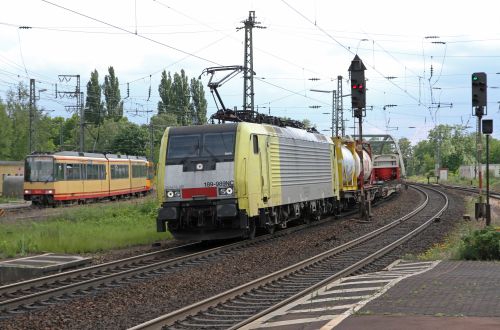 The double-track section between Rastatt and Baden Baden is already a major bottleneck on this very busy main line, which is used by up to 200 freight trains a day plus over 100 regional and international passenger services.

DB Network has been working since the weekend with the tunnel contractors to establish how quickly the tunnel construction site can be stabilised, which in turn will enable repairs to be made to the existing railway. However, DB does not expect the line to reopen before August 26.

To minimise risk to local inhabitants some residents have had to leave their homes near the tunnel construction site.

DB has rerouted some freight trains and is considering the use of road transport or Rhine shipping for some freight if that is a viable option. For passengers, an intensive replacement bus service has been instituted between Karlsruhe/Rastatt and Baden Baden. International TGV and ICE services between Germany and France normally routed via Karlsruhe and Strasbourg have been diverted via Mannheim and Saarbrücken.

The new 16km Rastatt avoiding line will pass under Rastatt (south of Karlsruhe) and is part of the 182km Karlsruhe - Basle upgrading project to provide a four-track rail connection from central Germany to Switzerland and the new Alpine base tunnels.

The new 250km/h Rastatt avoiding line will start just north of Durmersheim North on the line from Karlsruhe with two new high-speed tracks built to the east of the existing line parallel with the B36 road constructed in 2007 on an alignment that was prepared at the same time as the road.

The new line will then pass beneath Rastatt in a tunnel, which has been under construction using TBMs since May 2016. The tunnel starts north of the town ending at Rastatt South, around 5km north of Baden Baden, where it will join the rebuilt four-track line to Offenburg which has been in operation since 2004.

Planning permission for the Rastatt avoiding line was granted in 1998 but the €693m financing package was only agreed in 2012. The line is planned to open in 2022.