PUNCTUALITY on the Dutch network, excluding high-speed, improved to 92.1% in the first quarter of 2018, an all-time record for the network. 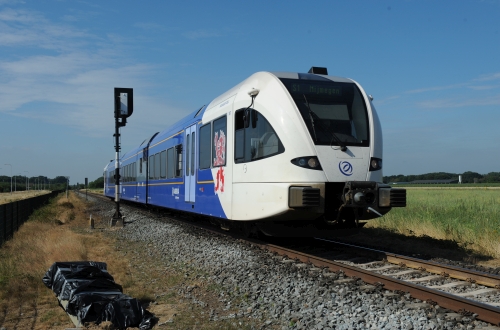 Infrastructure manager Prorail says the punctuality on regional lines, most of which are single track and have frequent services, is higher than on the core network, at 95.2%. When the delay criteria is increased from three to five minutes, the overall punctuality rises to 96% despite the frequency of trains on the network increasing considerably in recent years.

Prorail says the higher frequency of trains amplifies the effects of a delay and what might have previously been a minor event can quickly snowball into a major disruption. More than 60% of interferences are caused by external circumstances, including extreme weather, which Prorail says it has a tough policy to manage.

The HSL South high-speed line continues to experience problems with performance with punctuality over the past 12 month at 85%, dropping to 81.9% in May, with numerous services on HSL - South delayed or cancelled. Netherlands Railways (NS), which operates the services on the “core network” including HSL - South, says the rerouting of The Hague Central - Eindhoven twice per hour via HSL- South is causing major delays. Both NS and Prorail agree that HSL - South needs modifications and improvements, and NS does not expect performance on the line to improve this year.