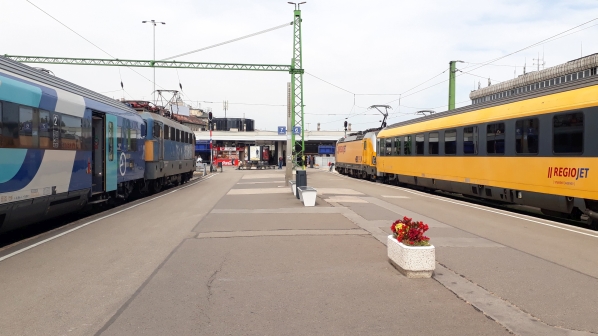 The service was extended in Hungary on July 1, but tickets were previously only available for cross-border routes. The service across the Hungarian border was suspended on September 2 due to rising number of Covid-19 cases, although the Hungarian government has indicated that the borders could reopen on September 30.

Tickets are refundable up to 15 days prior to departure, and the base tickets include RegioJet’s usual complimentary services, while upper classes are available at a higher price.

RegioJet’s service in Hungary is operated by Continental Railway Solution (CRS), one of four companies and the only privately-owned operator to possess a passenger operating licence in the country. CRS has so far only operated charter and freight services, as well as RegioJet’s Prague - Rijeka and Prague - Vienna - Budapest services which both launched this summer.