RegioJet has operated its first service from Prague to Croatia. 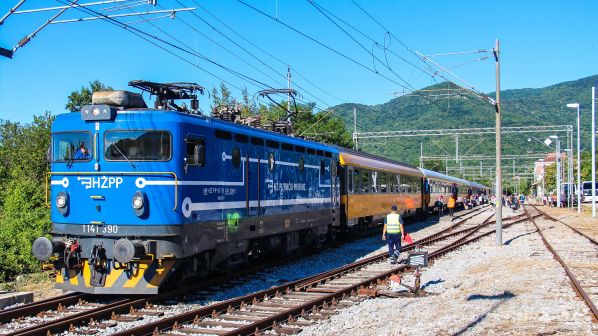 CZECH private operator RegioJet has operated the first seasonal service from Prague to Croatia after signing a cooperation agreement with Croatian operator HZ Passenger Transport (HŽPP) for trains on the Prague-Zagreb-Rijeka-Split route.

The contract was signed at HŽPP’s headquarters by Regiojet owner and president, Mr Radim Jančura, and the president of HŽPP’s management board, Mr Željko Ukić. Senior Croatian government officials were also present at the signing, indicating the importance of the additional tourism brought to the country by the rail connection.

RegioJet and HŽPP expect to run 176 trains from May 28 to September 30. Services will run three times a week in both directions in May, June and September, and daily in July and August.

The first departure to Split was sold out several days before departure. RegioJet has already sold 30,000 tickets for this summer’s trains at around 1000 tickets a day.

Following the success of similar profitable trains in 2020, which carried 60,000 passengers at around 90% occupancy, ticket prices have been kept low. Fares for a one-way ticket including reservations and all services in a coach with seats start at €18.90, while full ticket prices in a sleeping car start at €30.90.

Fares on the Split route start at €34.90 for a seat and €41.90 for a place in a sleeping car. Full sleeping compartments can also be booked. The ticket price includes a seat or bed reservation and free soft drinks as well as a small breakfast.

Currently, passengers who are fully vaccinated against Covid-19 can travel freely whilst all others must take a test prior to arrival in Croatia. Unvaccinated passengers on the return journey from Croatia to the Czech Republic must quarantine for five days after taking a test on arrival.