CZECH open-access operator RegioJet has announced it intends to seek Koruna 270m ($US 14m) in damages from Czech Railways (CD), which it accuses of engaging in anticompetitive practices on the Prague – Ostrava route. 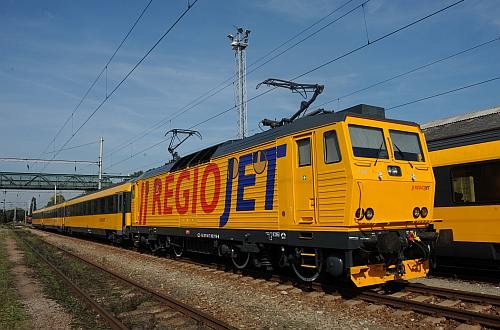 The court action is the latest twist in a long-running dispute between the two companies over ticket pricing.

RegioJet CEO Mr Radim Jančura claims that CD is abusing its position as a monopoly operator because the law states that the incumbent is not permitted to sell its products at below cost price. The case has already been taken to the Czech competition office, but with no immediate sign of resolution, RegioJet decided to take the dispute to court.

CD denies the allegations, stating that it is not violating any laws and is cooperating fully with the competition office. RegioJet hired an external expert, Takoma ATM, to carry out an audit of Prague – Ostrava train services as CD has not published any financial information specific to this route.

The audit found that prior to the introduction of RegioJet services, CD charged fares of Koruna 328-478 for the 358km journey, but prices suddenly fell by around 50% when the open-access operator entered the market. The arrival of a second private operator, Leo Express, saw CD fares fall again, in some cases to less than Koruna 100. Takoma has concluded that this pricing strategy must have resulted in losses for CD, which are estimated at Koruna 200m on standard train services, and a further Koruna 500m on premium Pendolino services.