The report from the Federal Institute for Research on Building, Urban Affairs and Spatial Development (BBSR) found 80 benefits from reopening disused lines. 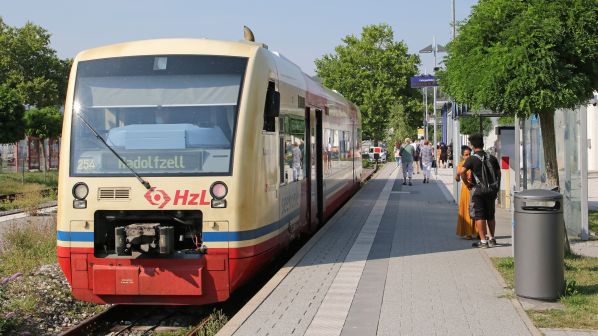 A report released by Germany’s Federal Institute for Research on Building, Urban Affairs and Spatial Development (BBSR) has found that reopening decommissioned railways in rural areas would contribute to liveability, business opportunities, and tourism.

The report, undertaken for BBSR by PricewaterhouseCoopers, found that more than 3 million people could benefit from revitalised rail links.

The report analysed Germany’s local authority areas and identified those where a rail journey to the nearest main regional town or city takes more than an hour. The worst areas were in former East Germany, where many lines were closed in the 1990s, as well as Bavaria, which has stringent rules for reopening disused railways. The sparsely populated region next to the Dutch border also has a concentration of poorly served areas, as does the northern state of Schleswig Holstein, although this could be because most lines here serve Hamburg to the south rather than the state capital of Kiel.

The project team analysed the wider effects of rail reactivation in rural areas, with 80 possible impacts identified. Of these:

The study then considered three successful and three as yet unimplemented reopening projects against the full list of criteria, and from these developed practical recommendations.

One stated aim for the study was evaluating how the goal of creating equivalent living conditions across Germany could be influenced by access to passenger and freight rail transport. The results of the study show that policymakers aiming to “level up” rural communities against urban areas with better infrastructure need to consider rail services as an important influencing factor for residents’ quality of life and in determining the location choices for companies.

The study highlights several cases where forecasts for passenger numbers have been exceeded by large margins. For example, the initial forecast for the Stockach - Stahringen - Radolfzell line in southern Germany for 3500 daily passengers more than doubled before the Covid-19 pandemic. Service on the line have since been extended at weekends north to Mengen for leisure travellers with trains routinely operating at capacity.

Following the qualitative assessment of the 80 possible impacts against the six projects, the report suggests introducing a wider evaluation framework for future schemes that considers the range of these effects, rather than using a purely quantitative analysis that only accounts for passenger numbers and a cost:benefit ratio. A focus on offering multiple transport options at stations along reopened railway lines and bundling car and bike sharing is also recommended.

The report concludes that re-opening rural lines offers considerable benefits to the local areas affected. It also highlights that the varying approaches between Germany’s 16 federal states hinders development in areas such as Bavaria, which requires high daily passenger targets and strong cost:benefit ratios, compared with others that have chosen different approaches and seen rural lines reactivated and passenger numbers grow.

The report states that both federal and state governments need to simplify and accelerate the planning processes in order to boost rail reactivation projects.

The report (in German) can be found here.