Øresund passenger services to be enhanced

REGIONAL passenger services across the Øresund bridge linking Denmark and Sweden are to be enhanced and reorganised in three phases between 2019 and 2021 to increase capacity and improve reliability. 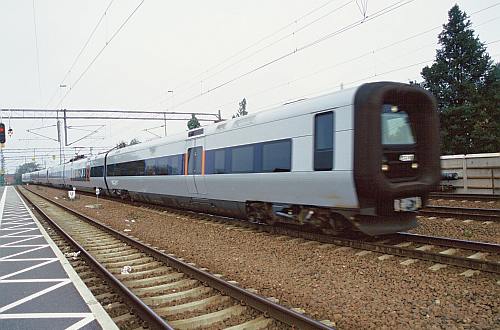 Øresund train services are to be enhanced and reorganised.

This follows a majority vote in the Danish parliament in favour of handing over the operation of the Øresund regional passenger rail services from Øresundtåg to Swedish regional public transport operator Skånetrafiken.

Øresundtåg is jointly owned by Danish State Railways (DSB) and Skånetrafik and is responsible for running trains or franchising them to private operators. The service currently runs from Helsingøre along the Danish coast line via Copenhagen and its airport across the Øresund to Malmö and Lund in Sweden. Trains continue beyond Lund as inter-regional services to Gothenburg, Kalmar and Karlskrona.

However, beyond Lund the Øresund trains operate over long single-track sections which often cause in delays to train services in Denmark. This is one of the main reasons for reorganising the services and changing the operator.
Under the first phase, in December 2019, train frequency between Malmö, Copenhagen and Østerport will be stepped up from 20 minutes to 15 minutes.

In the second phase, in December 2020, Skånetrafiken will introduce a fleet of new high-capacity trains which will be procured at a cost of SKr 1.6bn ($US 180m). These will be mainly used on the busy Helsingborg - Lund - Malmö - Copenhagen - Østerport route.

This will also allow Skånetrafik to operate eight train per hour during peak periods on this section, thereby increasing capacity from 3200 to 5000 seats per hour.
The second phase will also see the maintenance of Øresund trains transferred from Copenhagen Helgoland to a new SKr 1.5bn facility in Hässleholm, Sweden.

Finally, in December 2021, Øresund trains will cease to run beyond Østerport along the Danish coast line to Helsingør. Instead, DSB will operate this line as part of a regional network, initially using new Siemens Vectron electric locomotives and double-deck coaches. This service will run to other destinations south of Copenhagen such as Ringsted, Næstved, and Kalundborg, which will all be electrified by that time.

This reorganisation will hopefully improve reliability on the Copenhagen - Helsingør line by isolating it from the long Swedish routes operated today.

Following all the changes, there will still be a minimum of eight trains an hour between Østerport, Copenhagen and the Airport.