AN opening ceremony was held on May 17 to mark the completion of a new rail link to Volgograd International Airport in preparation for the 2018 Football World Cup being hosted by Russia. 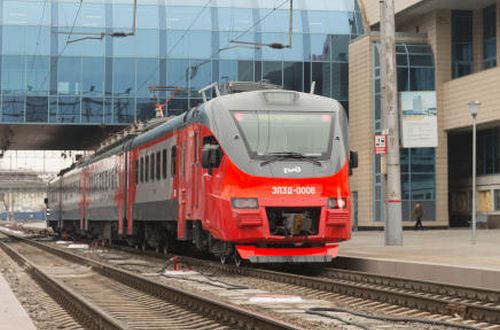 EP3D EMUs will be used on the new service to Volgograd Airport.

The ceremony was attended by Mr Valentina Matvienko, chairman of the Council of Russia’s Federal Assembly, Mr Andrey Bocharov, governor of the Volgograd Region, and Mr Sergey Almeev, head of the Volga Railway.

The project was implemented by Russian Railways (RZD) and involved the construction of a new 1.2km electrified line from Gumrak to the airport where a 176m-long station platform with canopy has been built.

Services will start on May 18 between the Airport and Shpalopropotka. Trains will take 40 minutes for the 26km trip from the airport to Volgograd city centre and will be operated by series EP3D and ED9E four-car EMUs.