SWEDISH open-access passenger operator Saga Rail confirmed on January 16 that it will launch its first services early this year on the Stockholm - Linköping route. 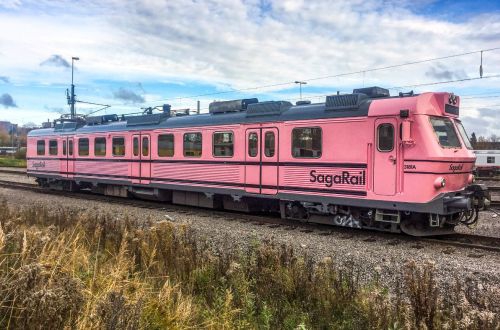 Saga Rail will use a fleet of class X10 EMUs, which are being painted into the operator's pink livery.
Photo Credit: Saga Rail

Saga Rail was established by Mr Mats Nyblom, founder and former CEO of Hector Rail, which was sold to equity fund EQT Infrastructure II in 2014.

The operator has yet to reveal its timetable or a start date for the low-fares services, which will run at weekends with intermediate stops at Nyköping and Norrköping.

Saga Rail services will be operated by a fleet of class X10 EMUs acquired from Stockholm Local Transport (SL).