SWISS Federal Railways (SBB) is thinking of reintroducing overnight sleeper trains due to increasing environmental concerns and political pressure, according to a report by Swiss broadcasting company SFR. 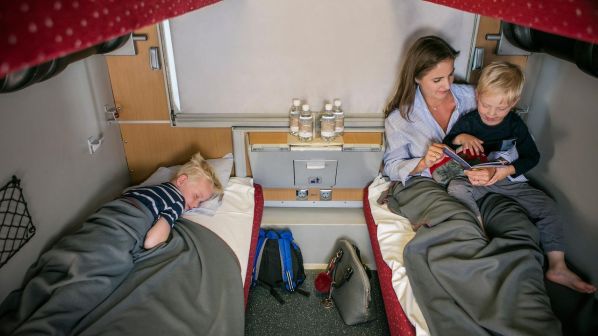 ÖBB has been expanding its Nightjet overnight services in Europe.

The reintroduction of overnight services would only be possible in two to three years’ time as new sleeping cars would need to be acquired. SBB would like to implement the project in cooperation with Austrian Federal Railways (ÖBB), which has been expanding its network of overnight Nightjet services.

“We simply see the demand in the market, and we are therefore examining whether we can really expand night train traffic again,” Mr Armin Weber, head of international passenger traffic with SBB, told SFR. “We would like to see an expansion in the night train traffic. We are now looking at which connections.

“We will need new rolling stock for the expansion,” Weber explained to SFR. “This can be obtained in a horizon of two to three years.”

Netherlands Railways (NS) is working with ÖBB to reintroduce night trains to Amsterdam.

SBB withdrew its last sleeping cars in 2009, and German Rail (DB) withdrew its overnight trains in December 2016. However, ÖBB took over some of the DB routes and carried 1.4 million passengers on its Nightjet services in 2018. ÖBB ordered 13 seven-car sets of overnight coaches from Siemens last year, the first of which are due to enter service in 2022.