SWISS Federal Railways (SBB) has unveiled plans to improve the performance of international passenger services on the Gotthard route, which with punctuality of 82% are 7% below the national average. 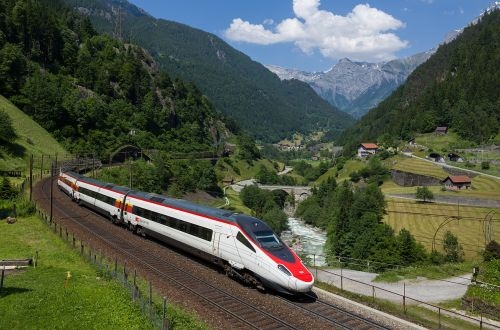 According to SBB, delays are primarily caused by rolling stock faults, late arrival of trains from Italy, and works associated with the upgrading of the line.

SBB plans to spend SFr 12.9m ($US 19.5m) by 2018 on modifications to its fleet of ETR 610 Pendolino trains to improve the reliability of traction and tilt systems. A joint task force will also be established with Italian State Railways (FS) to address factors contributing to delays on the Italian side of the border. Passenger information will also be improved.

One problem has already been dealt with: after a spate of delays caused by the introduction of ETCS on the Brunnen-Erstfeld and Pollegio-Castione stretches, the situation has now stablised. However, there are still issues concerning the operation of onboard ETCS equipment on different vehicle types, and SBB says it is working "intensively" with suppliers to rectify these problems.

On the infrastructure side, SBB plans to increase weekend and overnight engineering possessions instead of imposing temporary speed restrictions.

Even after the opening of the Gotthard Base Tunnel in December SBB will still be under pressure, with works continuing at around 25 locations along the Gotthard axis as part of the project to increase the loading gauge for 4m lorry semitrailers. The full benefit of this project will only be realised when the Ceneri tunnel opens at the end of 2020.