SWISS Federal Railways (SBB) has signed a long-term cooperation agreement with Southeastern Railway (SOB), Switzerland’s third largest railway, for the operation of two of its long-distance services under a co-branding arrangement. 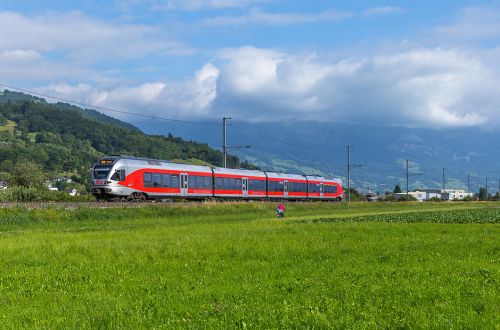 The agreement, which was signed at the end of last week after four months of intensive negotiations, will take effect from December 2020 with SOB set to operate hourly services on the following lines:

SOB will use its own rolling stock under a 10-year concession with the Swiss Federal Office of Transport (FOT). This is still to be submitted, but will take effect from December. SOB plans to use Flirt 3 EMUs already on order from Stadler for delivery in 2019, exercising its options for additional units.

Both companies say they are looking forward to significant synergic effects from the cooperative agreement with improved cost effectiveness and more efficient use of rolling stock. SBB CEO Mr Andreas Meyer spoke of “a win-win situation,” while SOB CEO Thomas Küchler pointed out that for SOB, which up until now has focused only on regional traffic, the move represents “a quantum leap.”