SWITZERLAND’s Federal Office of Transport (BAV) announced on June 12 that it will award a concession to run almost the entire Swiss inter-city network to the current operator, Swiss Federal Railways (SBB), with effect from 2019, with just two inter-regional lines - Bern - Biel and Bern - Burgdorf - Olten going to BLS. 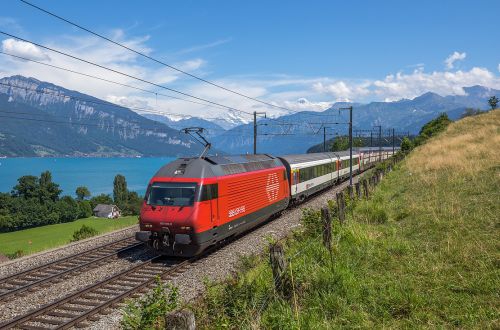 The new concessions cover a period of ten years from December 2019 and the new arrangement is in line with BAV’s policy of encouraging competition, which it believes will lead to more improvements in passenger services.

However, BLS is unhappy with the decision as its original application covered five lines. In addition to the Bern - Biel/Bern - Olten concession awarded by BAV, BLS had sought to run Bern - Neuenburg - La Chaux de Fonds - Le Locle interregional trains and inter-city services from Basle to Brig and Interlaken. BLS argues that this is only commercially viable as a complete package and the company’s board is now considering whether to take up the concessions awarded at all. It also has the option of launching an appeal within the next 30 days.

SBB, which currently holds the monopoly on long-distance concessions, both inter-city and inter-regional, has also raised concerns about BAV’s decision, which it sees as a significant systemic shift. Under the current system, competition is only permitted in regional transport, but not on inter-regional lines or inter-city lines.

SBB argues that the legal situation must be clarified before the concessions are awarded. The incumbent also fears the possibility of foreign competition entering the Swiss market.

Some SBB services will be operated by Southeastern Railway (SOB), which will take over operation of Gotthard Panorama Line services from Basle and Zürich to Locarno and Lugarno via the original Gotthard line and Chur - Zürich - Bern services. These services will be co-branded SOB-SBB.