THE regional public transport authority of Schleswig-Holstein has published a tender in the Official Journal of the European Union for a concession to operate the northern German state's West network, which includes the 237km Hamburg-Altona - Westerland Marsh Railway service to the island of Sylt, from 2016 to 2025. 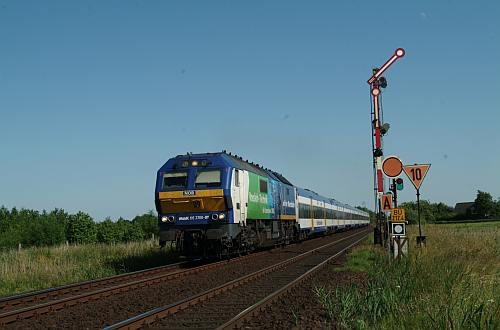 The network has a volume of around 4.3 million train-km per year and the regional transport authority will make rolling stock available to the winner of the tender. The winning bidder will also be expected to provide an additional stop at Glückstadt, on-board catering, and a connecting bus service to Brunsbüttel.

The contract is due to commence on December 11 2016 and the deadline for submission of bids is March 2 2015.