THE German state of Schleswig Holstein announced on September 18 that it will fund “the lion’s share” of a project to upgrade the cross-border link between Niebüll and Tønder, Denmark. 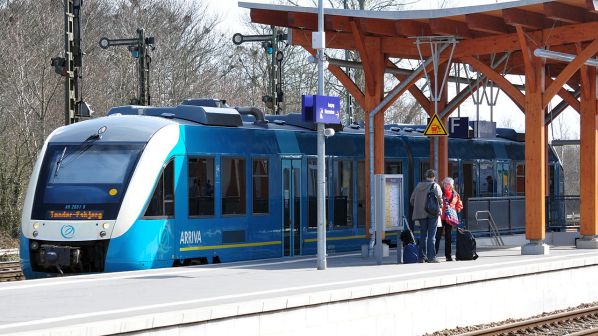 The state will contribute €9.3m towards the rehabilitation of the 13km line, which is due to be completed by 2021.

The project will be implemented in two phases. The first will involve upgrading track to raise the maximum line speed from 80km/h to 120km/h. In the second phase, the line will be equipped with ETCS. This is a prerequisite for the continued operation of through services between Esbjerg and Niebüll as the legacy Danish train control system will be phased out as part of Banedanmark’s national ERTMS programme.