FINLAND's Ministry of Transport and Communications and national train operator VR Group announced on September 15 that they have reached a four-year agreement on the operation of public service obligation (PSO) passenger services. 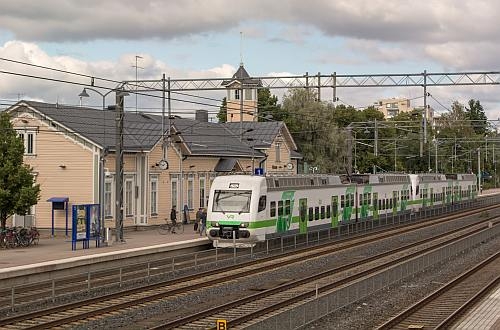 Most of VR Group's passenger trains operate on a commercial basis, with the PSO contract covering selected regional and commuter services and Helsinki - Lapland overnight trains, which require government support.

The total value of the new contract is €110m or €27.5m per year, an annual reduction of €12.3m per year compared with the current contract.

The ministry says the contract will "guarantee the predictability and continuity of public services," and seeks to achieve maximum value-for-money in line with the government's broader cost reduction programme.

From March 27 2016, 28 of Finland's most lightly-used stations will close and passenger services will be withdrawn on several branch lines including Joensuu - Nurmes and Seinäjoki - Haapmäki. The government has indicated that trains on some of these routes could be replaced with higher-frequency bus services.

Some main line stopping services such as Lahti - Riihmäki will be reduced while in Helsinki Line Y suburban services will be withdrawn and Line H will be merged with Line R. However, the agreement also includes provisions to accommodate rising demand in some areas, such as a new Riihmäki - Helsinki express commuter service.

The deal is due to be finalised in a meeting of the government's financial committee this autumn and supersedes the current PSO contract between the ministry and VR Group, which expires in December.