BRITAIN's Department for Transport revealed the list of prequalified bidders on August 19 for the contracts to operate the new Northern and TransPennine Express (TPE) franchises from 2016. 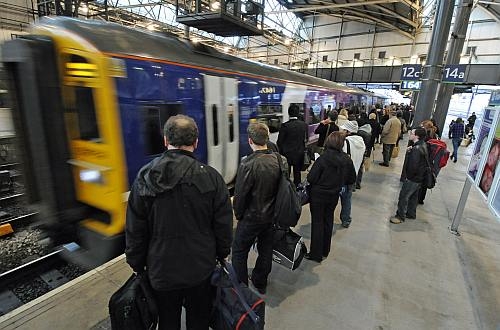 The shortlist for the Northern franchise comprises Abellio, Arriva, and Govia, while the TPE bidders include First, Keolis Go-Ahead, and Stagecoach.

The DfT will issue an invitation to tender in December with the aim of awarding both contracts by October 2015.

The Northern regional franchise covers around 44.6 million train-km per year and carries around 92 million passengers per year. The current franchise was awarded by the DfT to Serco and Abellio in 2004 on the basis of "zero growth," yet passenger numbers have increased by nearly 50% over the last decade, with more than 30 million more passengers using the network.

The specification for the new Northern franchise anticipates ridership growth of just 2.5% between 2016 and 2023, at the low end of industry projections and well below the rate of growth in the worst years of the economic crisis.

Furthermore, the DfT is encouraging bidders to "do more with less" despite a chronic shortage of rolling stock and the need to replace life-expired, basic and unpopular Pacer railbuses, which currently comprise around a third of the Northern fleet. The franchise specification does not commit the successful bidder to replacing these trains.

The franchise consultation document issued by the DfT even suggests increasing fares and cutting services and stations on the premise that funds could be diverted to other parts of the network, a proposition that has been broadly rejected by unions and passenger groups.

The TPE franchise is currently operated by First, covering around 17.5 million train-km per year and carrying around 24.8 million passengers between the major towns and cities of northern England, with some services extending north to Glasgow and Edinburgh.

The TPE network will also see major changes with electrification of the core lines from Manchester to Leeds via Huddersfield, although there are concerns that through services from North West England to destinations on lines that are set to remain diesel-worked, such as Middlesbrough, Hull, and Grimsby, could be withdrawn.

Public consultation on both franchises concluded on August 18 and the DfT says feedback from this process will be taken into account at the bidding stage.