The timetable includes a connection from Stockholm to Borås, the biggest city without a direct service to the Swedish capital. 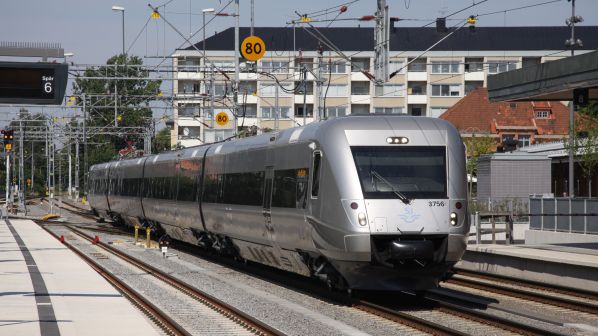 SWEDISH national operator SJ has announced plans to introduce additional services to new destinations in the 2022 timetable due to start in December, including new direct connections from Stockholm to Borås and Trollhättan in western Sweden.

The new Trollhättan connection will be made possible by re-routing the existing Uddevalla - Stockholm service via Gothenburg. This will not change the overall journey time between Uddevalla and Stockholm. The intermediate stations at Vänersborg and Vara, which were previously served, will continue to be served by the seasonal Stockholm - Strömstad train.

Borås, the biggest city in Sweden without a direct rail service to Stockholm, will gain a daily service with a 3h 30min journey time, operating via Falköping and Skövde.

SJ has also announced plans to increase frequencies on the Gävle - Stockholm - Linköping route from eight to 12 trains a day, in response to increasing demand prior to the pandemic. SJ announced in March that it was pulling out of operating contracted services in the Mälaren Valley region west of Stockholm, including services on much of the same route. The contract required it to take on revenue risk for regional transport authority Mälardalstrafik.

SJ says the new timetable represents a significant increase in resources for both commuting to and from Stockholm, as well as travel in the Mälaren Valley via Stockholm. The company points out that it offers non-stop journeys on the Stockholm - Uppsala route unlike other operators.