VÄSTTRAFIK, the public transport authority in the Swedish region of Västra Göteland, together with its counterparts in the counties of Halland and Jönkoping, have awarded Swedish national passenger operator SJ a nine-year contract to operate the Västtågen regional network centred on Gothenburg for nine years from December 2015. 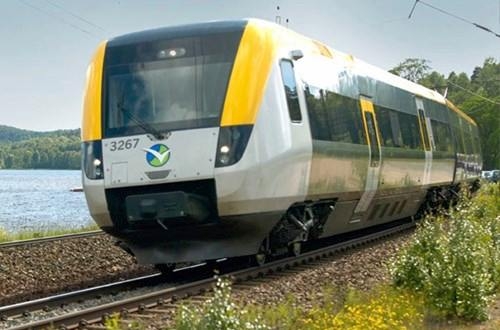 The contract is worth around SKr 5bn ($US 690m) and includes an option for a three-year extension.

SJ's Götalandståg subsidiary has operated the network (with the exception of the diesel-operated Gothenburg – Mariestad – Orebro service, which is currently run by Arriva) since 2012 when it took over from Danish State Railways (DSB).

Västtågen is one of the largest regional train operating contracts in Sweden, covering around 9 million commuter journeys and six million regional trips per year. On a typical weekday the network carries around 60,000 passengers.

Västtrafik says four companies submitted bids in the competitive tender, but SJ was "able to demonstrate the highest quality at the best price."