SWEDISH passenger operator SJ has announced plans to restore its overnight service between Gothenburg and Duved in Jämtland, which it will now run on a commercial basis, from December 13. 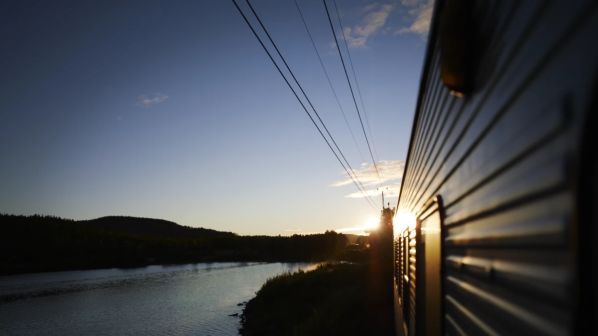 National transport administrator Trafikverket awarded SJ a public service obligation contract to operate only the Stockholm - Duved portion of the route on February 10. However, SJ will now offer commercially-run overnight services between Gothenburg and Duved as well as Stockholm - Umeå and Gothenburg - Umeå.

Trains from Gothenburg will follow the existing route via the Western Main Line and Örebro. The timetable for the services will be set later this autumn by Trafikverket but SJ is planning for the overnight train to Gothenburg to arrive around 1h 15min earlier than its current arrival time, which varies between 0935 and 1025 depending on the day of travel.

“Since introducing full year traffic between Gothenburg and Jämtland in December 2018, SJ has developed extensive traffic from Västra Götaland and Närke,” says Mr Jan Kyrk, business manager at SJ. “We are convinced that we will continue to attract overnight travellers in the future. We believe that our customer base for our night train concept will look all the better once the situation with the coronavirus has improved.”

A report issued by Trafikverket on April 27 found that an “appropriate first step” to expand Sweden’s overnight rail offer to continental Europe would be to procure a service to Germany and Belgium via Denmark.

The report investigates the necessary conditions to procure regular overnight services from Sweden to continental Europe and was commissioned by the Swedish government in 2019. The report says that capacity is limited in Hamburg, Cologne and Brussels during the morning and early evening peak, so it may be necessary to be flexible with timetables. The end-to-end journey time of 17 hours might preclude reasonable departure and arrival times, although the opening of the Fehmarn fixed belt, currently scheduled for 2028, could reduce journey times by 2 hours.

Other possible hurdles include procuring necessary rolling stock, with supplies currently limited. Trafikverket says this could be leased or bought directly by the authority or supplied by the operator under the contract terms.

The report says that services on the route could start as early as 2022-2023, particularly if a direct award contract is offered. Trafikverket recommends that this initial contract should run for four years with an optional two-year extension.

The report says it is currently not possible to combine a PSO contract with an open-access arrangement required when operating in Germany, which regards long-distance rail travel as a commercial business. However, the report notes that a compromise might be reached by combining PSO contracts in Sweden and Denmark with a commercial contract in Germany.

“Agreements with the countries concerned are a prerequisite for progress in this matter,” says Ms Anna Fällbom, head of agreement and financing at Trafikeverk. “It may be possible to apply a solution where traffic duty is only decided in Sweden and Denmark, and that the traffic is subsequently commercial. However, there are doubts about such a solution and this needs further study.”

Speaking to IRJ, Mr Marco Andersson, marketing manager at Snälltåget, says he does not see the need for the state to be involved in offering a PSO for such a service because there is already a market for overnight trains between Sweden and continental Europe. He says, as Snälltåget has shown, the market exists for leisure travellers on weekends and during the summer months, “not in the middle of the week in November.”

“We think that the idea of operating a night train from Sweden to Germany using taxpayer’s money is a little aggressive against us,” Andersson says. “If the governments of Sweden and Denmark subsidise one specific product for a night train, that will close the door to other companies that want to operate night trains or day trains between Sweden, Denmark and Germany, so we don’t see there is a need for the state to be involved in this business and to make it as a PSO contract between Sweden and Germany.”

A survey conducted as part of the report found a “clear public interest” in the idea of night trains to Europe. 21% of the people surveyed found the concept “very attractive” and 41% said it was “quite attractive.”

The complete interview with Snälltåget, including the operator’s response to the Covid-19 pandemic, will appear in the June issue of IRJ.