SWEDISH national passenger operator SJ has submitted an application to infrastructure manager Trafikverket for additional train paths on the Stockholm - Malmö - Copenhagen route with the aim of stepping up X2000 services on the corridor from December. 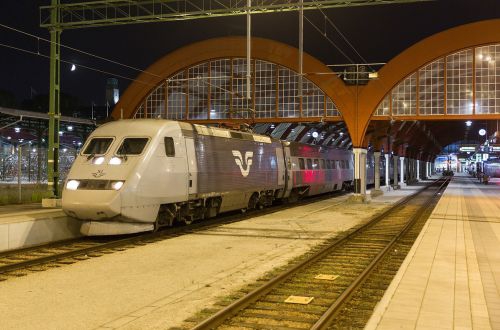 SJ is seeking paths for an extra train in each direction (11.26 from Stockholm Central and 18.15 from Malmö Central) every day except Saturday to establish a consistent hourly X2000 service pattern between the two cities. There will also be an extra afternoon service in each direction on Fridays and Sundays.

The revised timetable is part of SJ’s strategy to significantly increase traffic on the Stockholm - Malmö - Copenhagen route over the next five years. SJ is refurbishing its entire fleet of 36 X2000 trains at a cost of SKr 3.5bn, and the route will be the first to benefit from a new fleet of 250km/h EMUs, which will enter service in 2022.

The 2019 timetable will be finalised by the end of September and comes into effect on December 9.