The regional transport authority says the announcement has come as a surprise, as it was still in discussions with SJ. 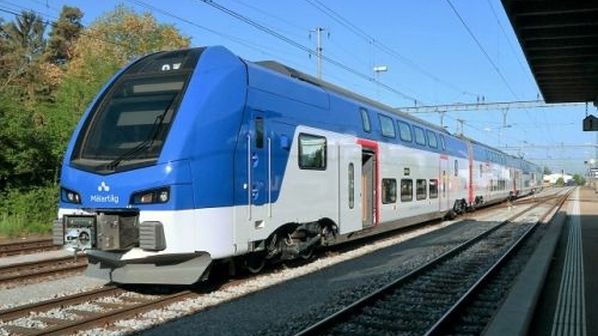 SWEDISH national operator SJ has announced it will withdraw from the contract to operate services in the Mälaren Valley region west of Stockholm in September, three months early, after losing nearly SKr 500m ($US 58.7m) from operating the concession during the Covid-19 pandemic. However, regional transport authority Mälardalstrafik has hit back, saying it was surprised at the announcement as it considered talks with SJ to be ongoing.

Mälardalstrafik announced in December 2020 that MTR Jota will take over the operation of services on the network from December 12 2021.

SJ was awarded a four-year extension to operate the network in 2016, under which it is responsible for both ticket revenue and costs. Profits from the contract are shared between the operator and the transport authority, but any losses are borne solely by the operator.

However, the agreement gives SJ the right to call for the contract to be renegotiated if the conditions of the agreement change substantially, a process it says it initiated in March 2020 as the effects of the Covid-19 pandemic became apparent.

“SJ would like to continue operating the service, but unfortunately we feel that we have not received any response, and there has been no interest on the part of the client to renegotiate the contract,” says SJ president and CEO, Ms Monica Lingegård. “SJ would have needed some form of financial guarantee from Mälardalstrafik to continue the public service that SJ has provided. We have tried to hold out and hope for either an opening in the discussions, or a slowdown in the pandemic.

“Now we see no signs that Mälardalstrafik is prepared to share the financial burden caused by the pandemic and my responsibility as CEO of a company that lives exclusively on revenue from our customers is to act to stop our financial bleeding.”

SJ says that while Mälardalstrafik, which is jointly owned by six regions in the Mälaren Valley region, has received billions from the state to compensate for lost revenue due to the pandemic, none of this funding has been passed on to SJ.

However, Mälardalstrafik says that negotiations with SJ began on February 18 and it was working to establish a process for continued dialogue.

“The fact that the state's own railway company is acting in this way, during an ongoing pandemic, while government representatives have made demands that socially important traffic should not be cut, raises many questions,” says Mr Kristoffer Tamsons, chairman of the board of directors of Mälardalstrafik and member of the Stockholm Regional Transport Council.

“Negotiations have recently begun and are still ongoing, and we find it strange that SJ already considers them to be concluded,” added Ms Monica Johansson, Mälardalstrafik vice-chairman and chairman of the Sörmland regional council.

The authority reassured passengers that trains would continue to operate on the network.

SJ says its decision to withdraw from the contract with not affect its services on the Stockholm - Västerås - Orebro - Gothenburg, Stockholm - Uppsala and Linköping - Stockholm - Gävle routes, which it is due to continue operating after MTR Jota takes over Mälartåg regional services.