BELGIAN National Railways (SNCB) plans to expand the number of regular services offered across its network by 4.7% by 2023, despite the impact of the coronavirus pandemic. 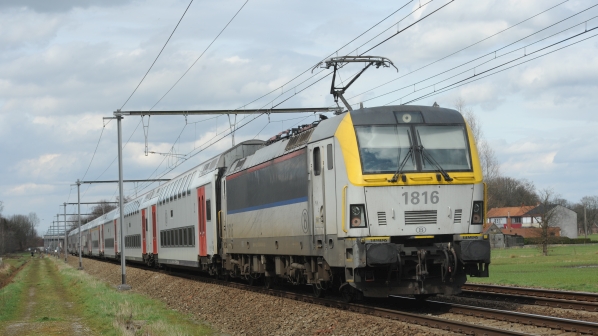 The operator has confirmed that 44 of 49 projects planned for completion in 2020 are still on target to be finished by the end of the year. As a result, 17 connections will have additional stops, and there will be 20 additional early and late trains operating across the network on weekdays, as well as another seven on Saturdays.

Four of the remaining projects will be reassessed in September. The last project, the electrification of lines between Hamont and Mol, will be extended until mid-2021 due to delays caused by the coronavirus pandemic.

Since May 4, the operator has restored most services across its network, albeit operating with extensive hygienic precautions including mandatory mask wearing and frequent cleaning of all trains. Traffic has steadily increased since then, from a nadir of 90000 passengers a day, to 347,000 per day, although still only a third of SNCB’s pre-pandemic figures. Nevertheless, the operator expects the upward trend to continue over the coming months.

SNCB will also produce an updated schedule for projects planned in 2021-2022 during the first quarter of next year, to accommodate for disruption caused by the pandemic, such as delays to the introduction of new M7 double-deck coaches supplied by Bombardier, the first of which entered service in January.

In addition, SNCB will also enter discussions with the government to negotiate alternative funding arrangements for its operation, due to the financial impact of the crisis.