STAGECOACH Group and its bid partners French National Railways (SNCF) and Virgin have launched legal action against Britain’s Department for Transport over the procurement of the West Coast Partnership (WCP) franchise. 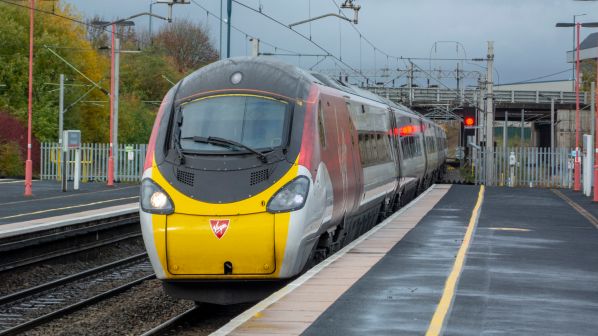 The consortium has filed a claim at the High Court in London under Part 7 of the Civil Procedure Rules alleging that the DfT breached its statutory duties under European Regulation 1370/2007, which governs public procurement of passenger rail services.

However, in April the DfT disqualified Stagecoach from the WCP, East Midlands and South Eastern Franchise competitions “for submitting non-compliant bids, principally in respect of pensions risk.”

Stagecoach has already issued a Part 7 claim against the DfT and a judicial review claim in response to its disqualification from the East Midlands competition. Arriva is also challenging the DfT’s decision to award the franchise to Abellio.

Stagecoach says the claims vary in some respects but both reflect its refusal to accept pensions risks that the DfT requires operators to bear in relation to the new franchises.

“We believe the rail system should be about appointing the best operator for customers, not about passing unquantifiable, unmanageable and inappropriate risk to train companies,” says Stagecoach Group chief executive Mr Martin Griffiths. “It is disappointing that we have had to resort to court action to find out the truth around the DfT's decision-making process in each of these competitions. However, we hope court scrutiny will shine a light on the franchising process and help restore both public and investor confidence in the country's rail system.”

"We are disappointed at how the DfT has handled the procurement process for the WCP franchise,” says SNCF president and CEO Mr Guillaume Pepy. “We strongly believe rail franchises should be let on a sustainable basis to those operators who offer the best services, the best trains, and the best customer experience in a cost-efficient manner."