Stadler is developing a customised batteries system for multiple units 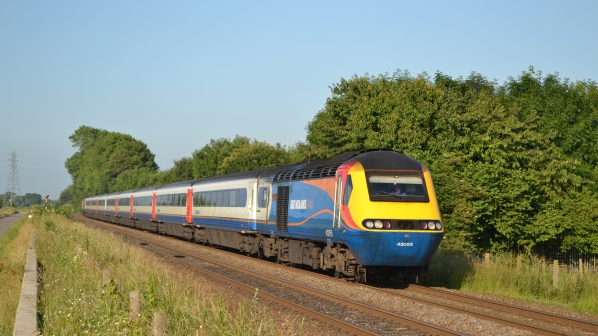 In a written statement to parliament published on February 12, minister for rail, Mr Andrew Jones, said Stagecoach would continue to operate inter-city services from London St Pancras International to Leicester, Derby, Nottingham and Sheffield as well as local rail services in the East Midlands until August 18.

The contract includes an option to extend the agreement by up to 24 weeks until January 2020.

While revenue risk will sit primarily with the DfT, East Midlands Trains says it expects to earn a modest profit under the contract while a profit sharing arrangement with the DfT will apply.

“East Midlands Trains has achieved good performance and passenger satisfaction levels during the time they have been operating the franchise and the new agreement will allow for a smooth transition into the next competitively-tendered franchise,” Jones says.

Under the agreement, East Midlands will be required to carry out a number of improvements to services, including investing £150,000 in accessibility improvements at stations as well as developing a simplified application process for delay compensation.

East Midlands Trains will also be expected to continue to deliver good performance levels and passenger satisfaction, a mobile app which provides real-time information on the operation of passenger services and enables customers to book and pay for travel, and a 4G Wi-Fi service including at least 15 minutes of free access per passenger journey on standard class.

“This direct award will ensure a smooth transition from the current operator to the next franchise which is expected to deliver significant passenger benefits including more services and seats across the franchise, in addition to better facilities and further improved accessibility at stations,” Jones says.

The Department for Transport (DfT) launched a tender for the East Midlands franchise, which will run from August until August 2027, in June 2018. Abellio, Arriva and Stagecoach were shortlisted to bid in 2017, while a joint venture of First Group and Trenitalia pulled out.