BRITAIN's Department for Transport (DfT) has published a prior information notice in the Official Journal of the European Union for the direct award of a new contract to Stagecoach for the operation of the South West Trains (SWT) franchise. 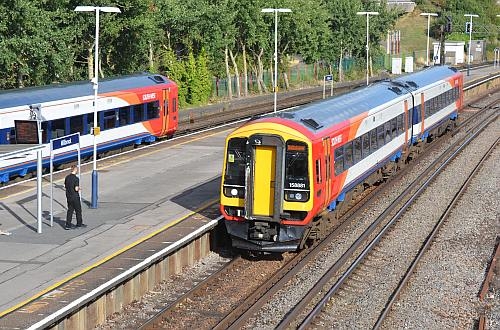 The four-year contract will extend Stagecoach's tenure until March 2019 and is being awarded without a call for competition, a result of the government's revised franchising timetable which is being implemented following the failure of the bidding process for the InterCity West Coast (ICWC) franchise in October 2012.

According to the prior notice, the contract term is intended to align with Network Rail's current funding period (Control Period 5), which runs from 2014 to 2019. This will support the continuation of alliance working between the train operator and the infrastructure manager.

DfT has already awarded a number franchise of extensions and direct award contracts as part of its revised franchising programme. In October 2013 First Group was awarded a 23-month deal to continue operating the Great Western franchise on an interim basis until September 2015. Virgin Trains retains ICWC after being awarded an extension in December 2012, while c2c continues to operate the Essex Thameside franchise under an agreement reached in May 2013.

SWT carries around 209 million passengers per year and operates around 39.6 million train-km on a 945 route-km network stretching from London to Reading, Portsmouth, Weymouth, and Exeter.

An invitation to tender for a new SWT franchise is due to be issued in February 2018 with the aim of awarding a contract by the end of 2018.