OPERATORS and station managers have been warned that pollution levels across the network should be managed and reduced in anticipation of more people with respiratory issues due to the coronavirus pandemic. 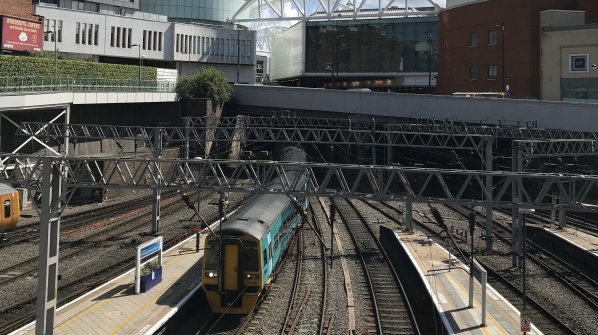 Emsol will install equipment at Birmingham New Street station, which is mostly underground, to monitor emissions.

Speaking during a webinar on Air Quality in Rail, Emsol head of sales, Mr Marcus Mayers, warned that those recovering from Covid-19 could have lung damage for up to six months after contracting the disease, which could be compounded by poor air quality.

Mayers said being transparent about air quality would give passengers and staff assurances that they were in a safe environment where the risks of air pollution were understood and taken seriously.

Emsol has been contracted by British infrastructure manager Network Rail (NR) to install equipment at Bletchley and Birmingham New Street stations to monitor emissions including nitrogen dioxide (NO2), ozone (O3), carbon monoxide (CO), and particulate matter with a diameter of 10 micrometers (PM10).

The company takes a three-step approach to addressing the issue: developing methods to monitor air quality; advising on steps to improve and solve the issue; and measuring the effect of these actions.

Emsol is currently able to monitor the effect of activity within stations on air quality and noise levels, but Emsol COO, Mr Andy Heaton, told the webinar audience that they are developing the capability to also monitor the cause of pollution. This would allow the creation of real-time notifications, alerts and early warnings that a breach of pollution levels may be about to occur.

The first step is to monitor the number of trains entering a station and overlaying this information with the air quality data. Within the next few weeks, Emsol hopes to be able to record exactly which trains are arriving and when, giving deeper insights into the cause of air pollution.