SWEDISH national train operator SJ will restore X2000 services between Stockholm and Copenhagen from March 1 after reaching an agreement with Danish infrastructure manager Banedanmark on security arrangements at Copenhagen Central. 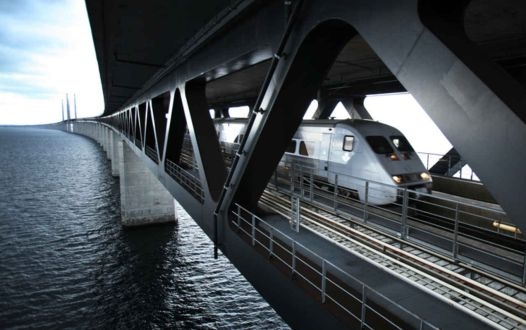 On December 17 the Swedish government passed legislation requiring passenger identification checks on trains entering Sweden. The law stipulates that checks must be carried out at stations before boarding, but SJ argued that this would not be possible at Copenhagen Central and subsequently withdrew services to the Danish capital when the law came into effect on January 4.

Previously SJ services shared platforms with Danish domestic services, which would have made identification checks on the platform impossible to police. Under the new arrangements agreed with Banedanmark, SJ will have exclusive access to platform 26, where security checks will be carried out by a private contractor.

However, SJ recommends passengers allow up to 30 minutes before departure and Stockholm-bound services will no longer call at Copenhagen Airport Kastrup station, depriving passengers arriving at the region's main airport of a useful direct link to stations in Sweden.

Three services will operate in each direction roughly in accordance with the previous timetable, albeit with slightly earlier departures from Copenhagen Central.

The introduction of border controls has also had a massive impact on the operation of Øresundståg services. From January 4 identity checks were introduced at Kastrup for passengers travelling from Denmark to Sweden. In order to maintain the timetable, all eastbound Øresundståg services now start at Kastrup instead of Copenhagen Central, which means passengers travelling from stations in Denmark must use other services to reach the airport station, where they can change trains for travel into Sweden.